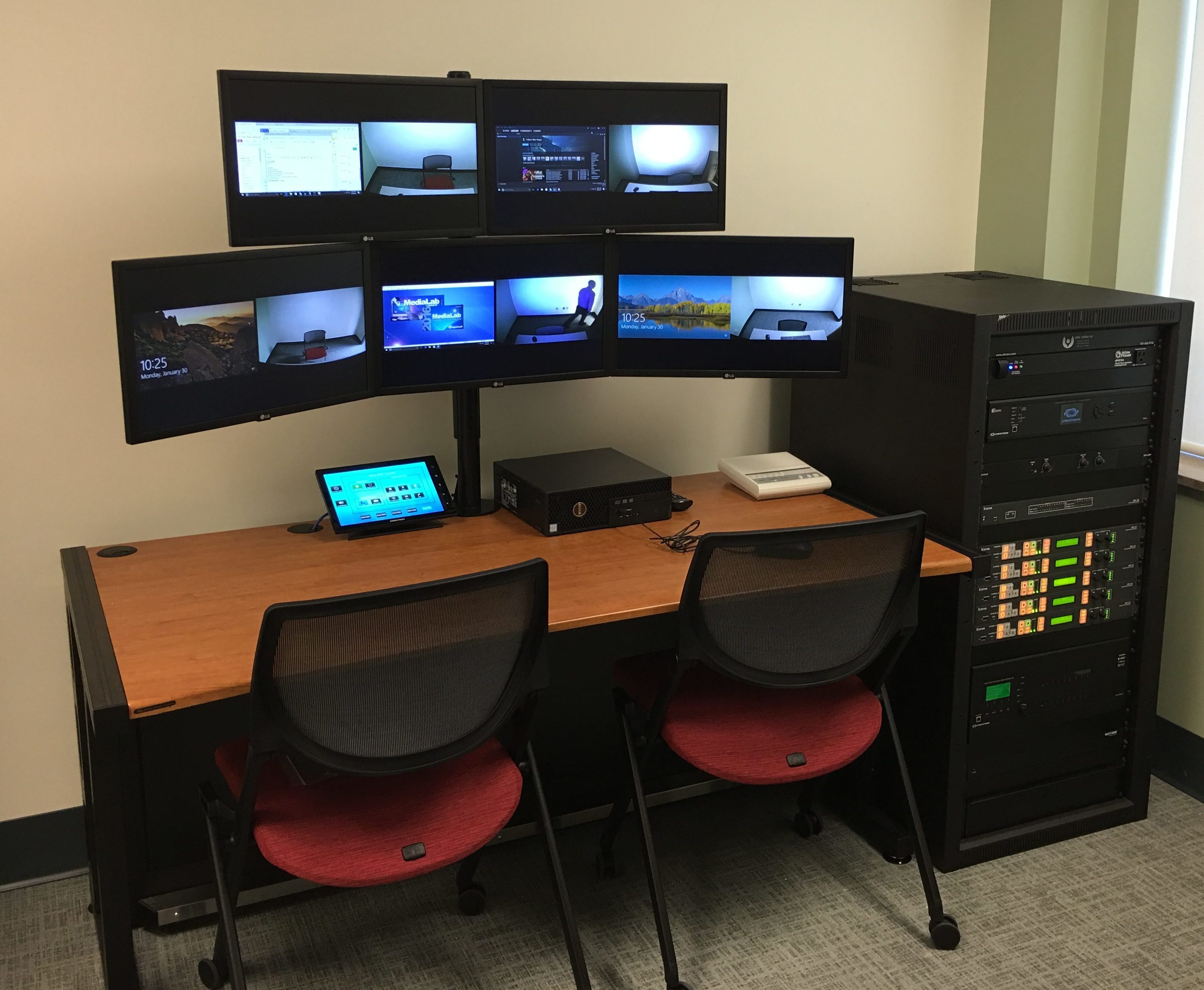 The psychology department in a major university had the need for a gaming research recording lab with participant observation rooms.  This lab will be used  to observe, record, and stream participant behavior while playing the latest video gaming systems.

Ohio Valley AV installed nine rooms with wall mounted LCD displays and PC and video game console inputs. These inputs were distributed to a dedicated control room and used for recording. Each of the nine rooms were equipped with a dome camera and ceiling mounted microphone also used for recording in the control room.  A separate two-way intercom system provides communication between the control room and each of the participant rooms.

The dedicated control room has an individual recorder for each of the participant rooms.  These recorders archive source content from a room as well as the camera and microphone feed for later review.  These recordings can be configured in either Picture-in-Picture or Side-by-Side mode. The recorded videos can be uploaded from the recorders to a network storage device on the university’s network. A rack mounted audio monitor in the control station equipment rack provides audio monitoring from the microphone in a participant room. The control station is equipped with a custom programmed 10.1” control system touch screen.  This touch screen provides control of television power, source selection, recorder controls, and microphone selection in each participant room. 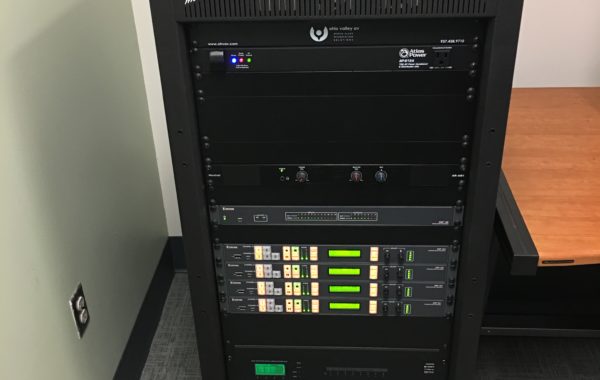 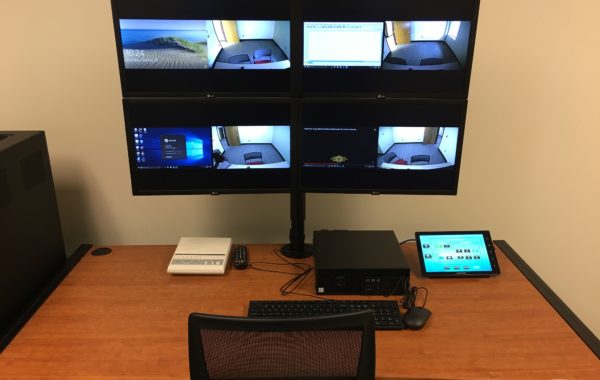 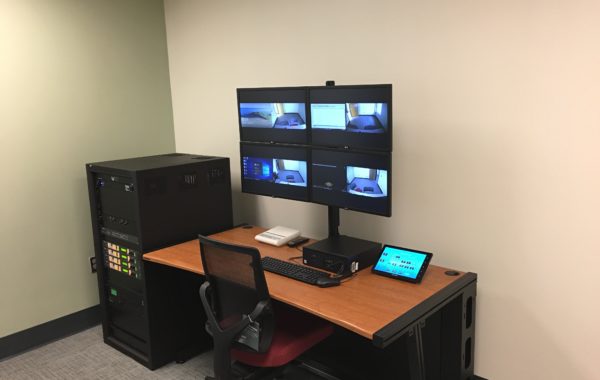 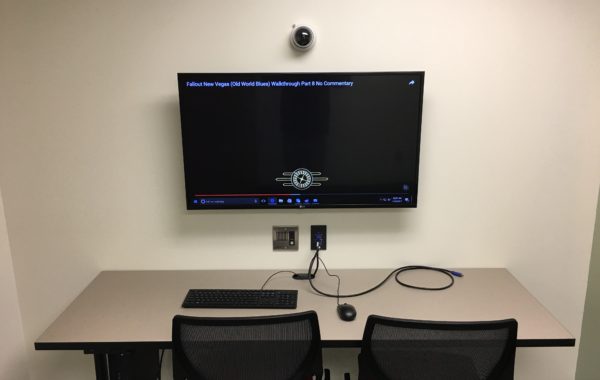 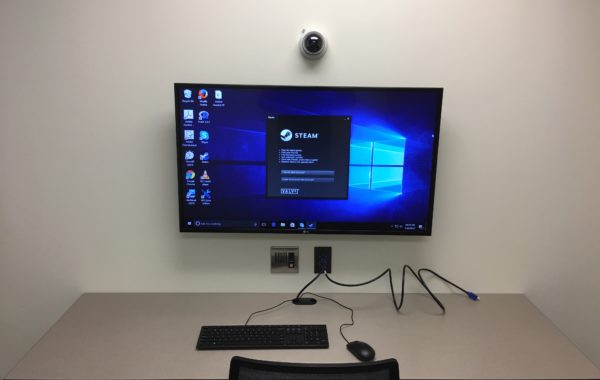 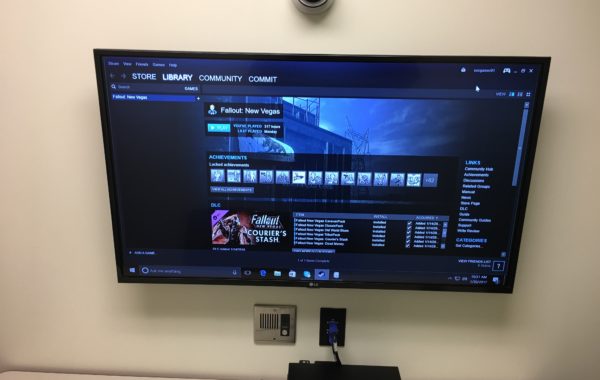 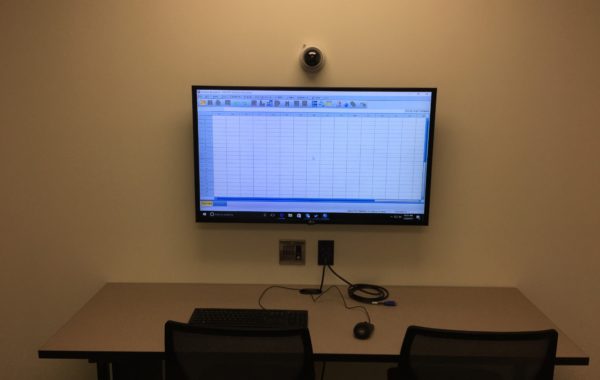 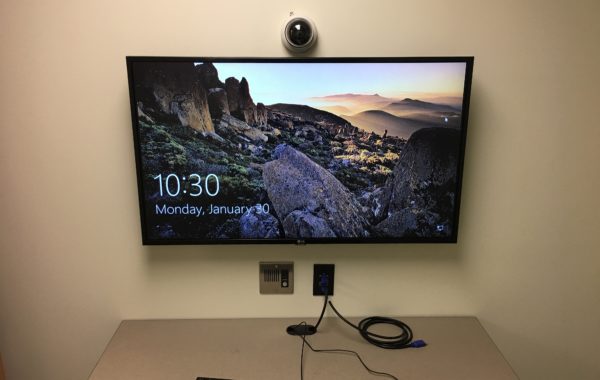 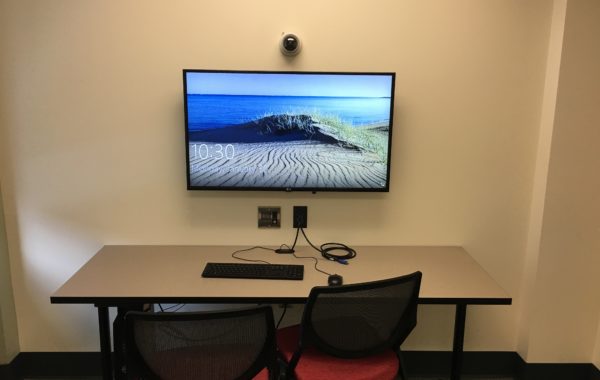 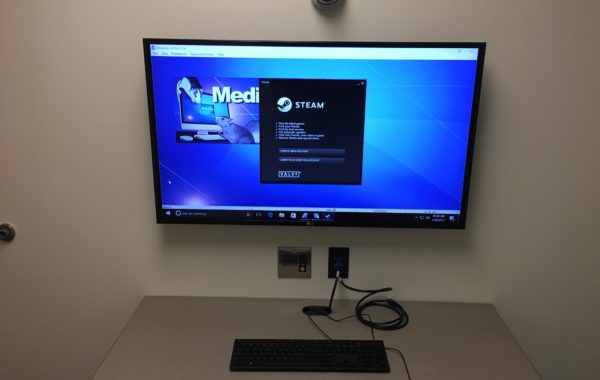 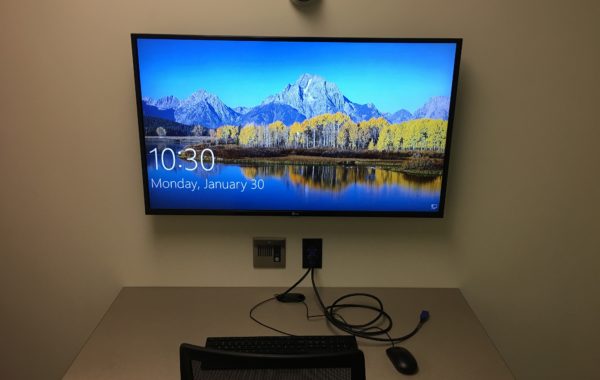 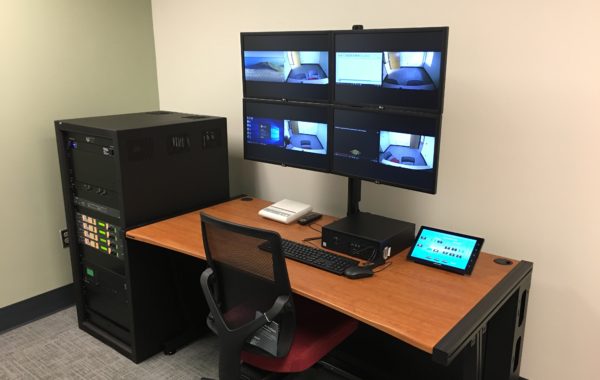 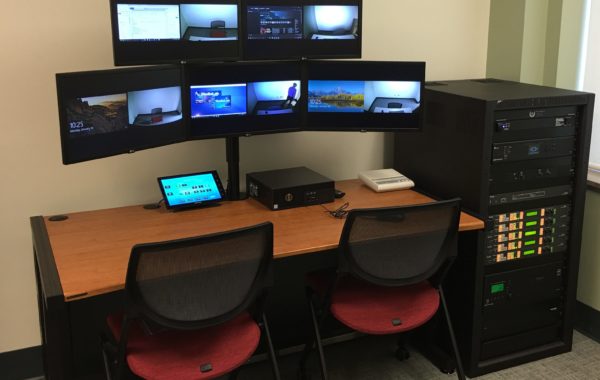 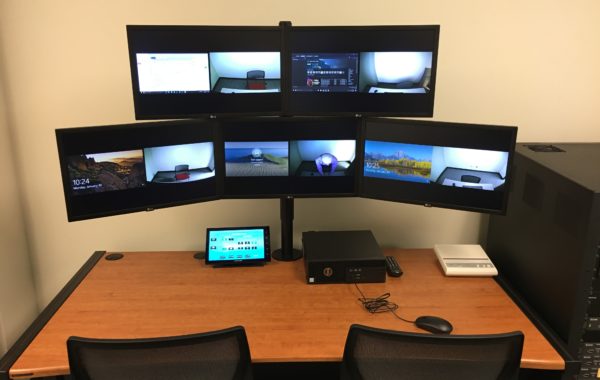 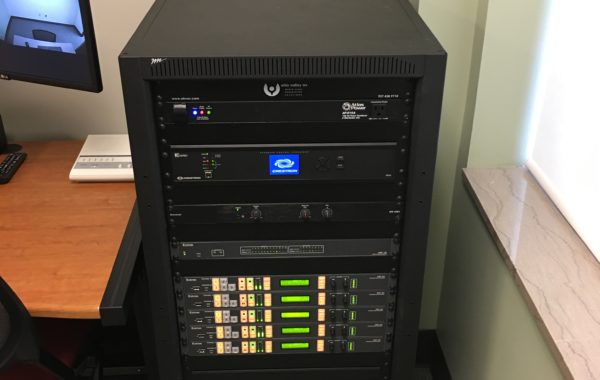 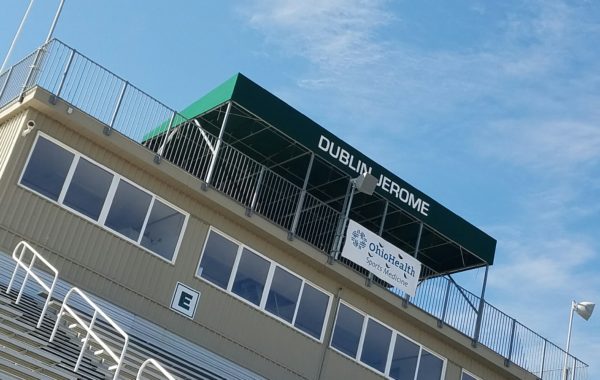 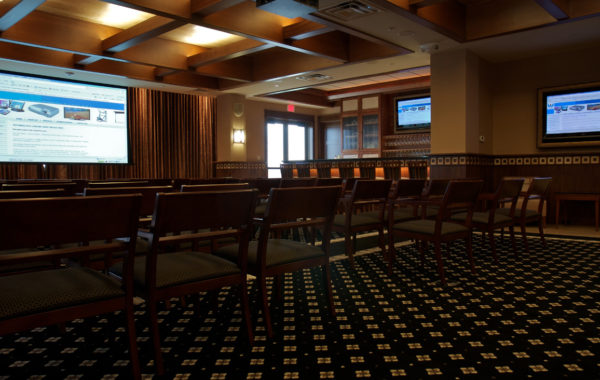 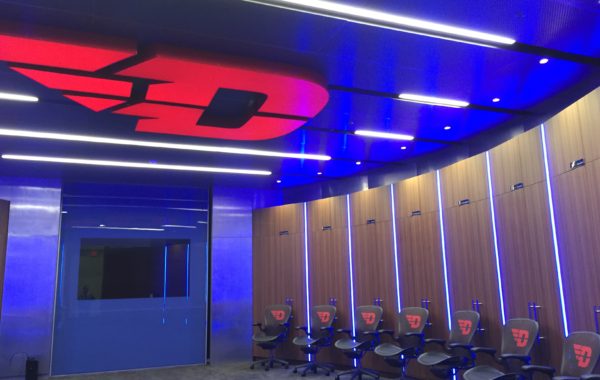 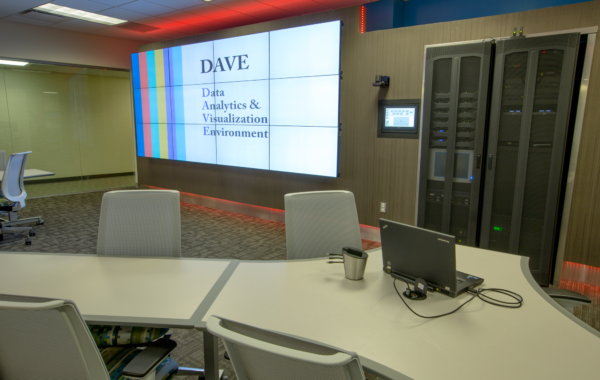 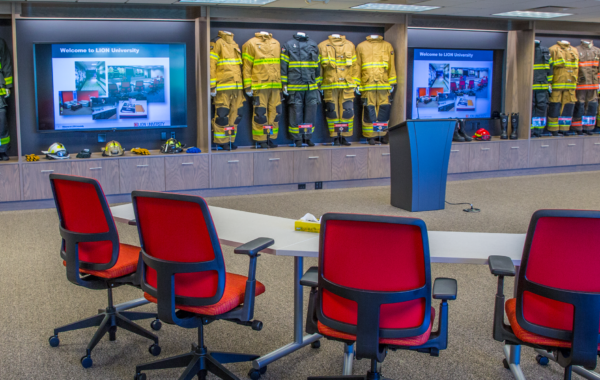